Now, even though I had a story-board of sorts (doodles on a sheet of paper), and we knew what shots we wanted, things kinda went their own way during the session.  Some of my favorite shots were ones that just kinda…happened. 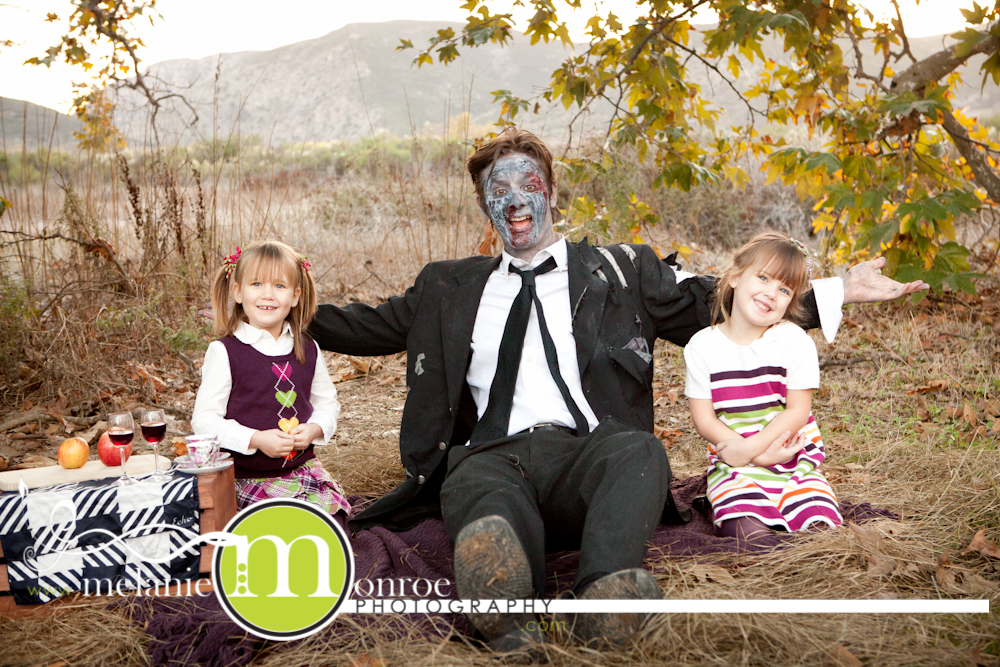 The most popular question has been (besides, “What did your PARENTS think of this?!”  The answer to which is, “They thought it was funny because it is funny.”), has been, “Were your girls SCARED?!”  You needn’t worry about my children.  I prepped them ahead of time and they know their Guncle Andy, so it’s not like we showed up to take pictures and suddenly a random zombie came and “attacked” us.  They were a little cautious at first, but after about two minutes, the hardest part was getting them to NOT smile during the fighting shots! 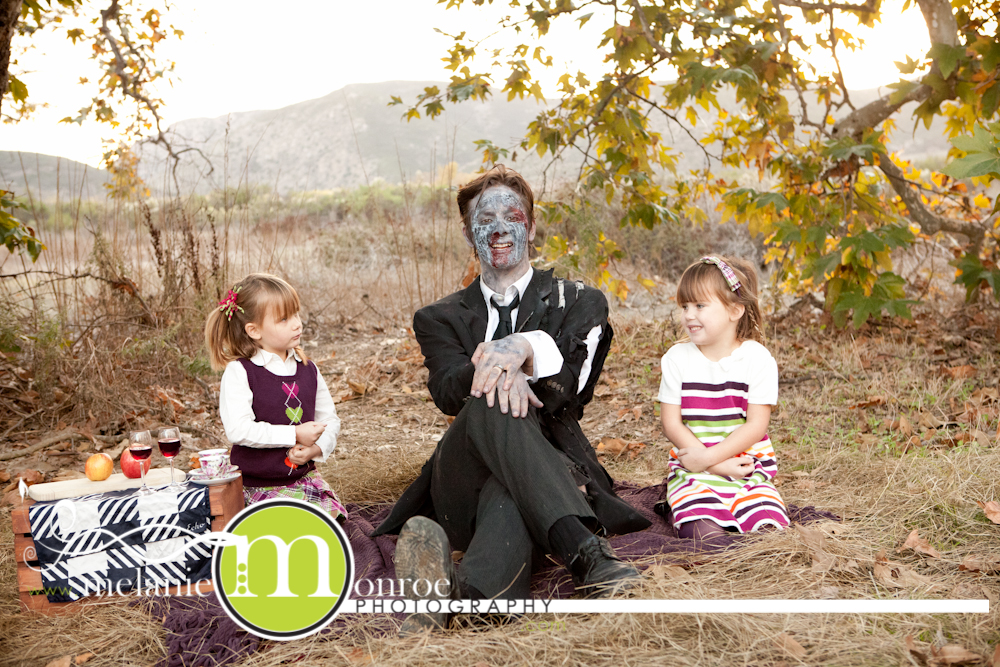 This is what happened when I told Mr. Zombie to sit more gentlemanly. 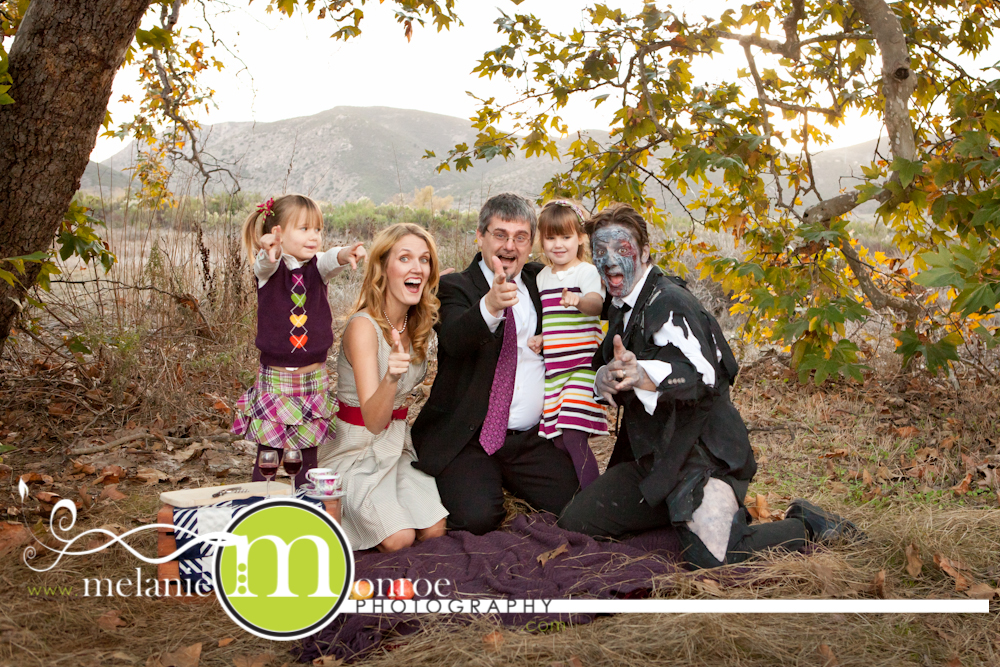 I thought very briefly about sending JUST this picture out as a simple 1-picture Christmas Card.  It would’ve been delightfully random! 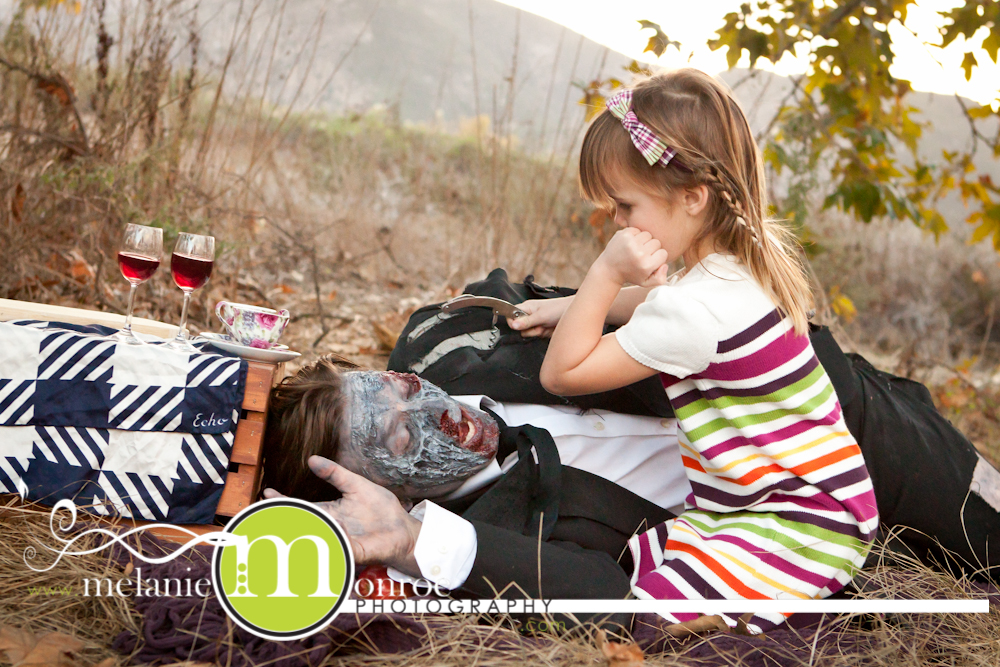 This was funny!  She decided all on her own that what this zombie really needed was a good elbow to the chin!  We were very proud. 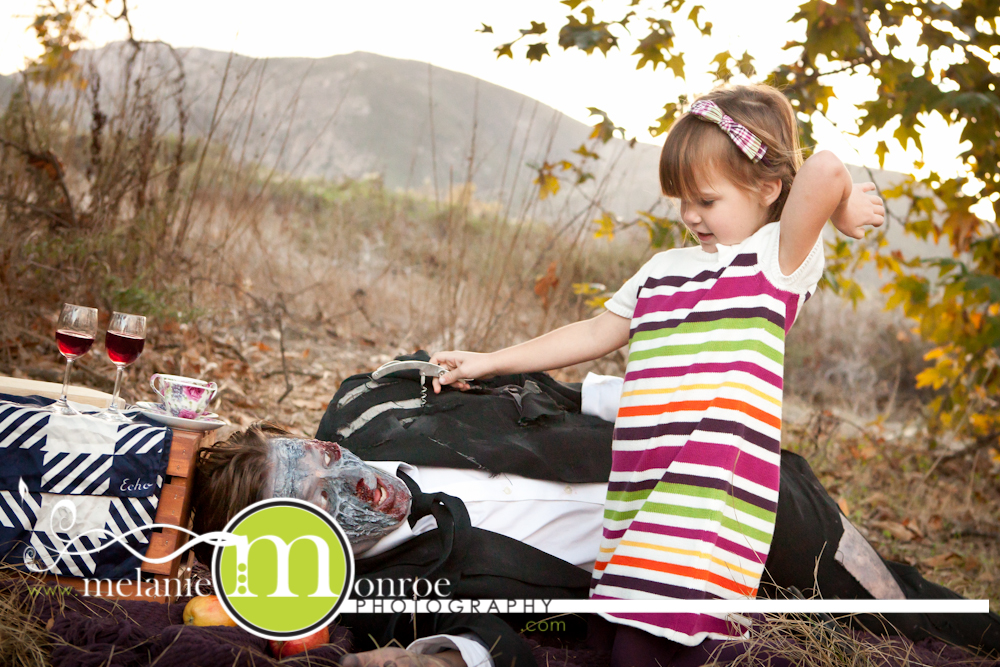 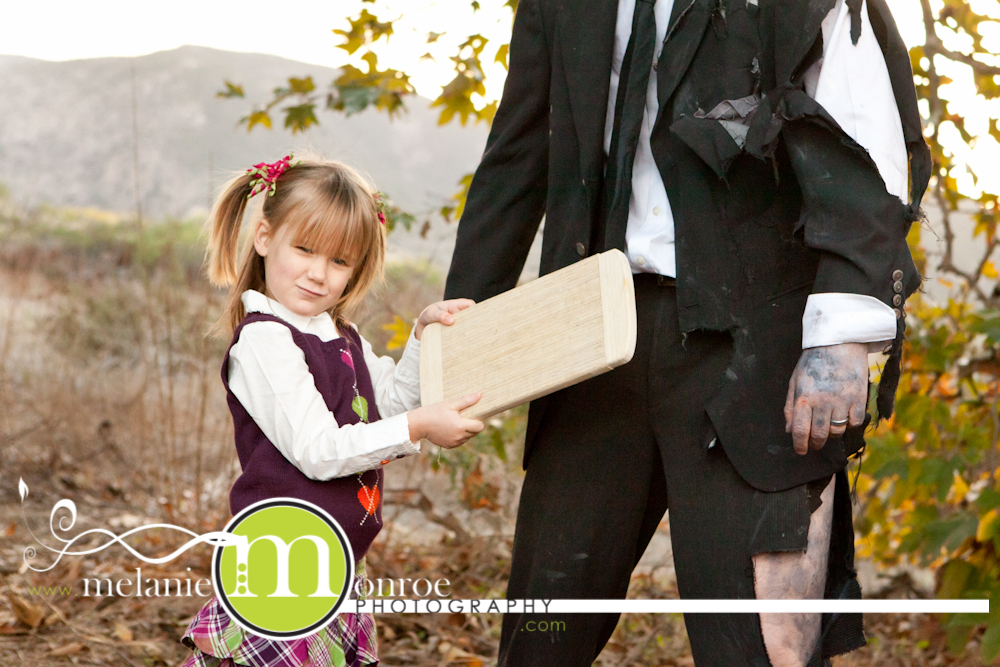 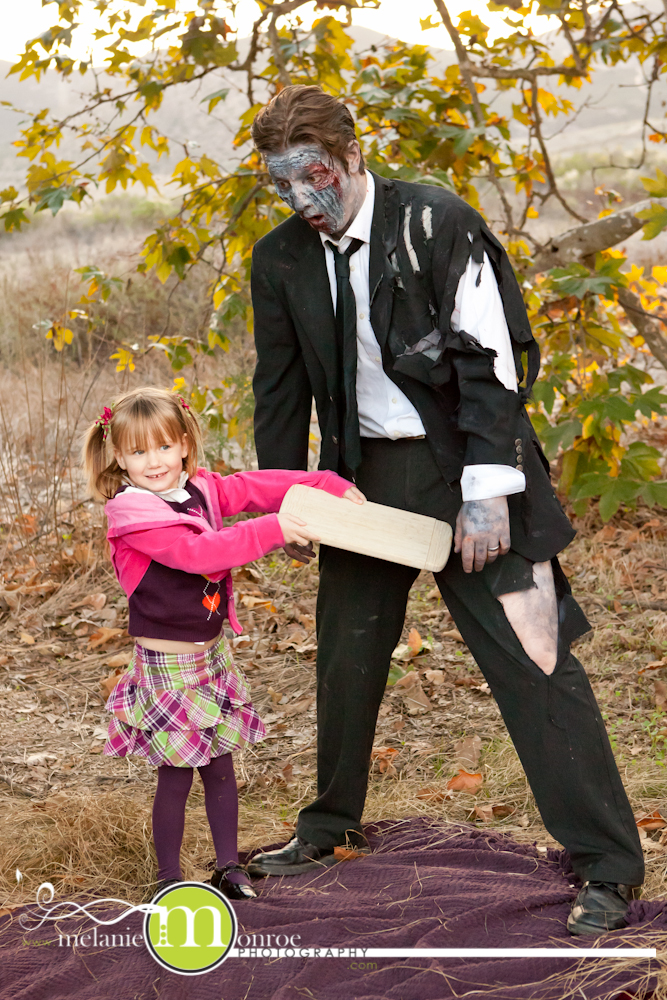 We took about 10 photos before we realized we forgot to take off her jacket!  It was COLD that afternoon, but the girls were troopers! 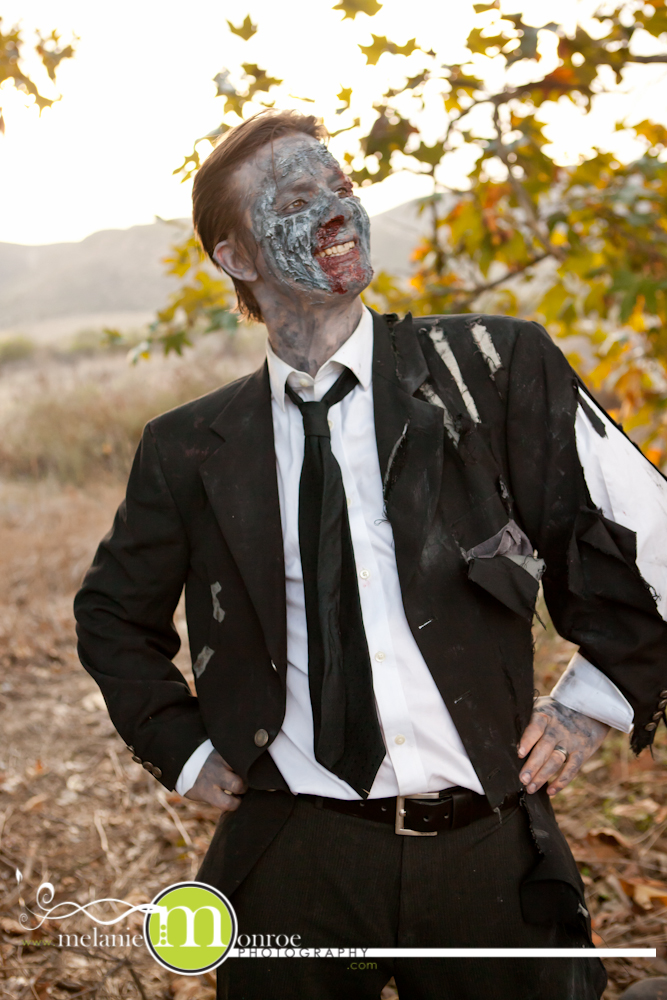 This is what happens when you tell a zombie you want to take his picture. 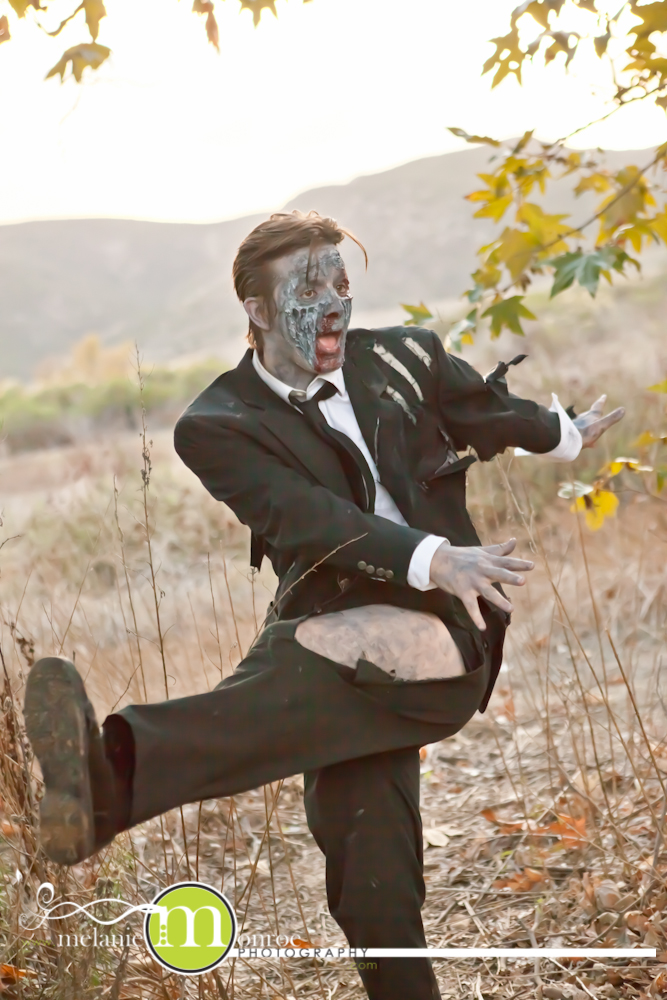 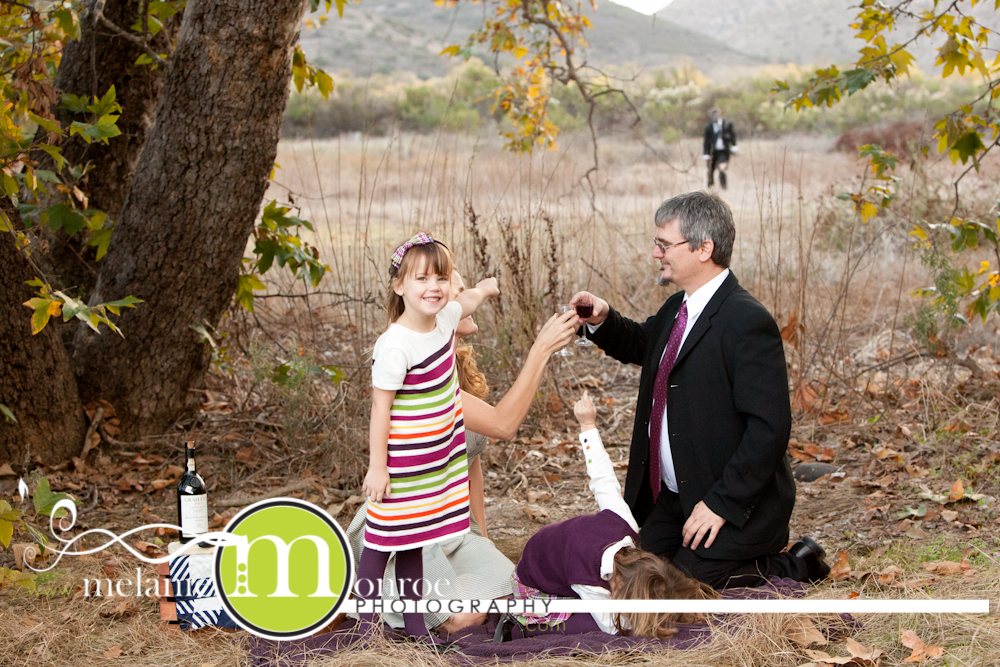